Krishna’s pastimes recalled on the banks of Yamuna maiya

Moving on from Kedarnath the next destination on the padayatris’ char dham yatra was Yamunotri dham which we reached on June 13, 2022. Yamunotri, also Jamnotri, is the source of the river Yamuna and the westernmost shrine in the Garhwal Himalayas. At an elevation of 3293m it is surrounded by mountains on all sides and lies in close proximity to the Indo-China border. It is known for offering peace and tranquillity to its visitors, as was our realization. We had sankirtan at Yamunotri for the pleasure of Yamuuna maiya.

The actual source of the river, a frozen lake of ice and the Champasar glacier on Kalind Mountain at 4421m, about 1km further up, is not frequented as it is not accessible, hence the shrine has been located at the foot of the hill. The approach is extremely difficult and pilgrims, therefore, offer puja at the temple itself.

The river jets down from one side of the temple, which houses Goddess Yamuna in the form of a black marble deity. Ganga Devi too finds her place, in white stone by the side of Yamuna. The temple closes its portals as winter approaches on Yama Dwitiya (the second day after Diwali or on Bhai Dooj). Devi’s winter address is Kharsali village, which she reaches in a palanquin and remains until spring. On Akshaya Tritiya (in April/May), the goddess returns to grace Yamunotri once again. Both the closing and opening ceremonies of the Yamunotri shrine are brought about with celebrations, elaborate rituals and Vedic chants.

Nearby the Yamuna Devi temple there are many hot water springs, the most significant being Surya-kunda (pond of the sun) that holds the boiling-hot water as it emerges from the crevices in the mountain. People boil rice and potatoes by tying them in a (preferably muslin) cloth and consider them a prasad (religious offering) from Goddess Yamuna. Close to Surya-kunda is Divya Shila, a reddish-brown rock which needs to be worshipped before offering reverence to the main deity, Yamuna maa (mother). According to the Skanda Purana, with a mere touch of the sacred rock one can attain spiritual liberation. We all had darshan and collected the holy waters of mother Yamuna.

It was a wonderful conclusion to our spiritual journey. We remembered the pastimes of Lord Krishna on the banks of Yamuna maiya and how she was always a part of the pastimes. 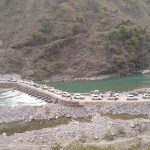 Krishna’s pastimes recalled on the banks of Yamuna maiya 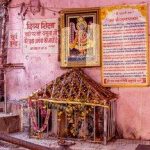 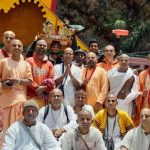 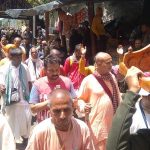 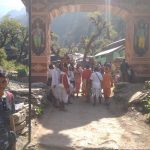 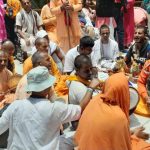 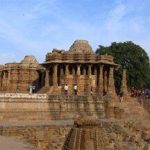 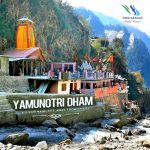 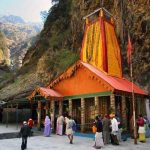 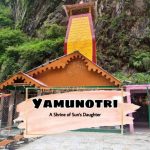