La Reunion Island is located southwest of Mauritius and forms part of a region of France. The La Reunion padayatra lasted a total of three days and traveled through the towns of Saint Pierre and Saint Louis located in the southern part of the island. The organizers were myself, Narasimha Tirtha Dasa from Mauritius, APREVA[1] (Association Pour le Rayonnement des Enseignements Vediques Authentique) and a group of nama-hatta devotees from the island lead by Bhakta Jean Marc. In total we were a group of 15 devotees, all grhasthas including one young child, a baby and two teenagers. There were some devotees who stayed throughout the padayatra and others who joined from time to time during all three days.

We set off on July 15th which coincided with the auspicious occasion of Lokanath Swami’s vyasa puja. A group of 10 of us started at the front of the Saint Pierre Municipality building; we then proceeded to walk for 3 hours in and around the town of Saint Pierre. I led the first hour of kirtana, thereafter we all took turns to lead kirtana during the padayatra. All of Bhakta Jean Marc’s nama-hatta group carried maha-mantra banners, and Srila Prabhupada posters throughout the walk.

On July 16th the second day of padayatra, we walked to a South Indian Narasimhadev Temple and from there we walked to a market place. There were many locals at the market who happily joined the kirtana.  They allowed their children to dance with us. We also saw lots of tourists who were very curious about the padayatra some of them clapped, sang, danced and even played their own instruments after joining in the kirtana.  Others took pictures of the devotees. After the market place we walked back along the coast towards the city and ended at the Narasimhadev Temple. On this day padayatra walked for three hours.

July 17th was padayatra’s last day. We spent two hours in the town of Saint Louis doing kirtana in the ‘l’Etang du Gol’ park. We ended the padayatra here after three days. During the walk we distributed 6000 pieces of petha, a type of sweet mahaprasad.

[1] An organization that spreads authentic Vedic teachings through bhati-yoga 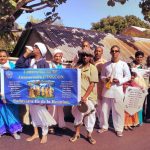 The second day of padayatra 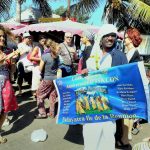 A local plays ukulele in the kirtana 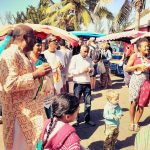 Padayatra goes to the market place 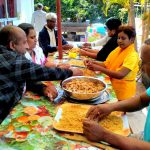 Bhakta Jean Marc to the right, preparing sweets with the Reunion devotees 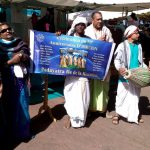 Chanting in the market 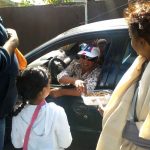 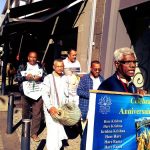 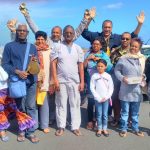 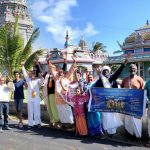 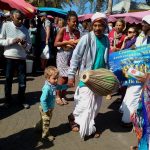 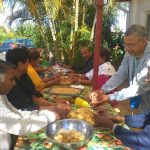 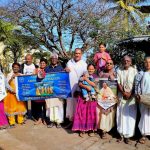 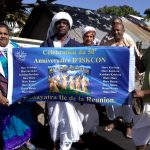 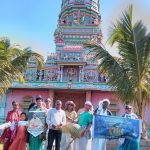 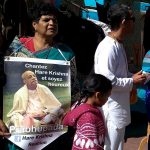 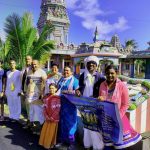 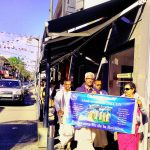 Kirtana on the streets of St Pierre